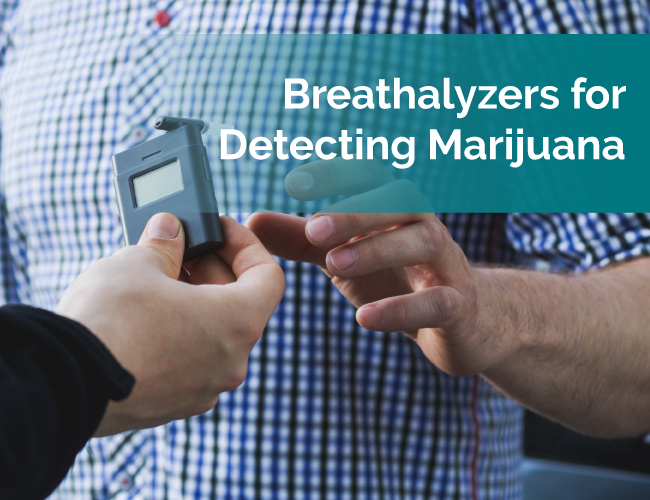 You’ve seen it on the cop shows. Someone’s driving under the influence, so the officer pulls out a breathalyzer and finds the driver has alcohol in their system. Alcohol can seriously impair your ability to drive, not to mention driving drunk is illegal.

But, what about marijuana? While the police currently don’t have a way to check for the marijuana in your system on the spot, manufacturers in both the U.S. and Canada are going to roll one out soon. Marijuana breathalyzers will help the police ensure safe traffic, but it can bring up complications for medical marijuana patients.

As a patient using medical cannabis, it’s important for you to understand the regulations on marijuana use so you don’t break the law unknowingly — that includes details about marijuana breathalyzers and what you should know as an informed patient.

The only company developing marijuana breathalyzers at the time of writing is Hound Labs, a venture startup trying to get first dibs on the market and advocating for impairment-free driving. They market to United States customers only. Cannabix Labs works in the Canadian market.

As opposed to blood, urine or saliva testing, breathalyzers serve as a convenient way to determine if someone has an illicit substance in their system. Right now, they only test for alcohol, but with the development of Hound Labs’ breathalyzer, they’ll have the ability to check for weed, too.

Both workplaces and police forces can take advantage of breathalyzer technology. Workplaces can use them to conduct random drug tests without sending the employee to a medical lab, saving time and money. Police officers use breathalyzers to test suspected DUI offenders on the spot. It also allows medical marijuana patients to use weed when they aren’t driving or working without being punished for having the drug in their system.

How Do Marijuana Breathalyzers Work?

In a nutshell, marijuana breathalyzers examine the particles in your breath for THC content. They can be used on the spot to examine the marijuana in someone’s system.

If you go through a marijuana breathalyzer test, you’ll have to breathe into it about two to three times. The breathalyzer will let you and the officer know when it has received enough breath samples to do its job. It will then go onto a docking station where it will conduct chemical analysis.

A weed breathalyzer’s portability can let someone go through testing immediately instead of directing them to a lab to provide samples. It gets a more accurate result since it can test closer to the time the test-taker has been suspected of being under the influence.

In addition, cannabis breathalyzers read the THC content present in the test-taker’s system in the past two hours. The tests we currently use look much further back, making it hard to determine if someone has used marijuana recently. Since THC impairs you for about two hours after use, it can accurately track your impairment from marijuana use.

And, patients who do use cannabis medicine containing THC probably don’t have much to fear themselves. Although the capabilities of marijuana breathalyzers may seem intimidating for patients worried about legal prosecution, they have the potential to help patients out. The minds behind the Hound Labs breathalyzer aim to protect responsible marijuana users.

Depending on your workplace and state, the marijuana breathalyzer can have varying degrees of impact on your job security. When it becomes available to employers, they’ll have faster access to drug testing. But, it also prevents employers from getting a positive result on someone who used marijuana more than two hours before testing.

Not every state provides explicit protections for medical marijuana patients. While the ADA aims to protect folks with disabilities and health conditions, it also excludes people who take federally illegal drugs. So, it’s up to your state’s laws to decide whether your medicine is a legitimate reason for firing you.

Let’s look at the job protections for medical marijuana users present in each legal state:

When you look at this list, remember it only reflects the regulations at the time of writing. Make sure to read up on your state’s current laws to ensure you’re up to date on legislation.

If the state you live in has vague or no protections, you should consider a few things. Do you have to take your medication within two hours of working? What are your workplace’s drug regulations?

Unfortunately, some patients may have to go to work while THC is still in their breath. It’s not always feasible for someone to change the time they take their medicine or work. So, you must consider the risks and benefits and how to handle them.

Of course, you shouldn’t drive under the influence of THC, regardless of state laws. While the drug has its benefits, it can also impair functioning and raise the chance of accidents.

Where to Learn More

For more specific answers to your questions that take your personal circumstances into account, feel free to reach out to us. You can also use our site to look for a specially-trained marijuana doctor.